A Functional Alcoholic’s Guide to Cooking With Booze

There comes a time in your life when you must put away the things of your youth. Binge drinking gives way to green tea cleanses. PBR-based wizard’s staffs become walking sticks on your autumnal tours of the Adirondacks. Your sense of joy shrivels up and —

Actually, wait, that seems extreme. Functional adults should still be able to express their deep appreciation for various fermented sugars, right? After all, Don Draper is drinking 24/7, and there’s a man if there ever was one. Maybe you don’t have to give up your love of booze so much as hide it a little. Change it. Wrap it in a pretty bow and make it socially acceptable for the capable, professional grown-up you keep telling your parents you are.

What is it exactly that separates men from boys and women from girls? Cooking. The ability to feed yourself. To take raw ingredients and, through the mythical process of culinary alchemy, create something new and delicious and brag-worthy and 100% soaked in alcohol. That’s right. Today we’re talking cooking with booze. We’re having a fancy, multi-course dinner party, and Johnny Walker, Jose Cuervo, and Sam Adams are all invited. Vodka will be there too — even though there aren’t really many famous brands named after people and that kind of ruins an otherwise clever metaphor.

As foolish trial and error has taught you, it’s best to choose one liquor and stick with it all night. And so, for your boozing pleasure and without further ado: Several full dinners-worth of delicious recipes for a night of paying homage to your favorite libation. One that won’t leave you full of pain and regret in the morning.

Ah, whiskey, the Great Equalizer of liquors. Across generations and oceans, from southern good ol’ boys sipping juleps in their rocking chairs to scrawny hipsters doing shots in Williamsburg, you’ll be hard pressed to find someone who doesn’t love a good glass of whiskey.

The beauty of whiskey lies in the complexity of its flavors. Rich and peaty, with notes of vanilla and fruit, it’s the perfect complement to any part of your meal. Its full-bodied earthiness can go toe to toe with savory meats, while its sweet spiciness gives depth to desserts.

This feisty little guy is a newfangled twist on the Old Fashioned. The orange has been promoted from garnish to ensemble member, and the flavor is rounded out by honey liqueur, which has never made literally anything worse. And don’t go complaining yet, you purist. The Angostura bitters are as good as ever. And best of all, you can easily keep track of many Frisky Whiskies you’ve had by how hard it is to say. 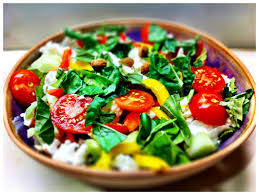 Your mother always told you to eat your vegetables, but she conspicuously neglected to say you couldn’t pour alcohol all over them. You’re not breaking any rules when you whip up some Whiskey Salad Dressing to add an earthy tang to your favorite greens.

Match a classic liquor with a classic dinner. Let quality speak for itself when you throw Grilled Steak With Whiskey Butter on the skillet. This whiskey butter is so decadently good, you don’t even need to marinate your meat. Just let the savory, creamy, peaty goodness do the work.

Before foams were the mostly-air-food du jour, there were souffles. Light, delicious, collapsable souffles. Chocolate Whiskey Souffle Tarts are the perfect way to enjoy the deep, heavy flavors of semisweet chocolate and whiskey while remaining uncommonly guilt free.

Vodka’s subtle charms are woefully underappreciated by the non-Soviet world. A bit of a chameleon, it’s light, clean flavors come without much scent or aftertaste, and are easily overpowered by sugary mixers and youthful bravado. But it’s so much more than just an invisible conduit for intoxication. Vodka is the Best Supporting Actor at the Alcohol Academy Awards. The funny best friend in the rom-com that is your kitchen.  But it’s place in the Cooking With Booze pantheon? Bonafide. Hell, they named a sauce after it.

A little sweet and a little grainy, cooking with vodka lets your main ingredients shine front and center while it works in the background, boosting flavors and adding a nice warm tingle to every bite.

Vodka works best with items that bring their own flavors to the table, but are light enough to still let the vodka’s natural taste shine through.

Highlight the citrusy tang of lemonade with the deep bergamot flavor of Earl Grey Infused Vodka. The earl grey takes the standard Vodka and Lemonade and gives it smoky, floral depth. Who doesn’t like breakfast for dinner?

Don’t be shy about your star ingredient when you start off with Vodka Spiked Cherry Tomatoes. The vodka will cut the tomatoes’ acid and boost the brightness of their flavor, not to mention giving them an extra juicy burst of boozy goodness.

Now that you’ve got a bit of a buzz going, it’s time to move on to the main course: Vodka and Citrus Cured Salmon. The combination of citric acid and alcohol will work its way deep into the salmon, making the meat tender and juicy. The bite of the vodka will balance out the salmon’s natural fatty sweetness, making for a much more complex flavor. This is what lox dreams of being when it grows up.

As you’ve seen earlier in the menu, according to Transitive Property of Liquor-Induced Happiness, things that are already good become even better when you soak them in booze. Let vodka do what it does best with Sorbet with Vodka Marinated Plums. The sweet burn of the vodka-soaked plums mixes with the cool of the sorbet, making for a 100% delicious finale to your meal.

Tequila is just good old fashioned fun. It’s the friend who’s always up to go dancing. The one who always tells you just how glad he or she is that you’re hanging out tonight, and you know it’s genuine. Sure, you guys might be in a huge fight tomorrow morning, but you two have never held that against each other, and you sure won’t let it ruin your good time now.

Tequila has a heavy, sweet aroma, and a fresh, earthy, agave flavor. It’s the perfect way to add complexity to fruit’s natural sweetness or add margarita-inspired depth to salty seafood.

The Ruirita is the thinking man’s take on a margarita — more appropriate for a soiree in a dark paneled bar than a Cinco de Mayo rager. Rhubarb bitters give the traditional tequila-and-lime a sophisticated, delicious depth without going overboard on the fruitiness.

It’s a luau in your mouth, and tequila is invited. Tequila and Lime Baked Pineapple, that is. And sure, you’re basically eating a pineapple margarita. But that’s awesome. You’re eating a warm, sweet, sour, juicy, boozy pineapple margarita. You don’t need a PhD in Mixology to know that it’s going to be a crowd pleaser (A shot, Doctor! Stat!).

Get the best of land and sea when you whip up a batch of Mussels with Tomato, Jalapeno, and Tequila. You remember that party in your mouth? Well, spicy jalapeno and acidic tomato just gate crashed, and they’re turning up the volume up to 11. Good thing tequila is around to watch over and make sure that nothing gets too out of hand. This extended metaphor has been brought to you by: Liquor. 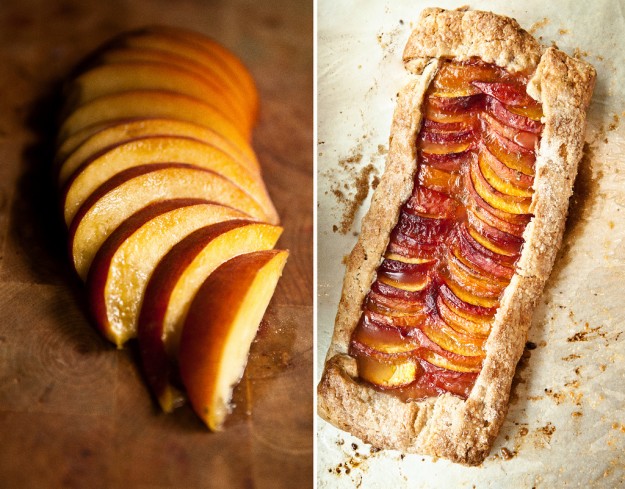 “Galette” is French for “pie that sounds fancy but is surprisingly easier to make.” Although that first part is kind of redundant, being French and all. In any case, it’s a win/win for you. In the Tequila Peach Galette, the sweetness of fresh peaches combines with the sour of lime juice and tequila, highlighted ever so nicely by the buttery, flaky crust.

Despite overwhelming TV advertising evidence to the contrary, liquor isn’t actually everyone’s favorite thing all the time ever. Maybe you like the promising pop of a can lid. Maybe you like your drinks to tickle your tongue and not burn your esophagus. Maybe you just really like beer. Whatever the reason, there’s no sense in why you should be excluded from the culinary extravaganza.

Beer is a versatile ingredient, from the light, fruity bite of hoppy IPAs to the chocolatey tones of a syrupy stout. It can add depth to the flavor of meats, or take the edge off of otherwise painful spiciness.

Cocktails aren’t just for liquor. Beertails are becoming a big deal, and with good reason. In the Spicy Michelada, the light beer cuts the heat of the vinegary hot sauce, leaving you with pain-free, peppery spiciness to warm your tastebuds and your belly. Like an all-day Bloody Mary that no one can judge you for.

You know how you’ve got that one friend who’s half of a really solid couple? Let’s call him Joe. Joe and his significant other have been together so long, you can’t even remember when they first hooked up. You’d think you’d hate them for being so compatible, but really, they just work so darn well together, it gives you faith that one day you too can have that. In Beer Brined Pork Chops, Pork and Beer are that couple. They make so much sense together, you don’t know why they were ever with anyone else.

Chocolate Maple Fudge Porter Pops: The treat so nice, well, it’s actually very difficult to say twice. Luckily, tricky diction is no obstacle to deliciousness. This one is actually about as close to literally just having a drink as you can get while still calling it a recipe.

And there you have it. 16 recipes, each one a movement in the symphony that is your menu, dedicated to the flexibility and majesty of liquor. Guaranteed to knock your guests off their feet without knocking them on their buttocks. Maybe you should leave the dishes for tomorrow, though. Wouldn’t want to chip anything.