Hamilton is Coming to Chicago! 5 Activities for You and Bae to Up Your Theatre Creds You’ve been waiting day and night, Googling showtimes, researching plots, memorizing lyrics. You know everything there is to know about “Hamilton,” and have been counting down the seconds until it finally travels past the boundaries of NYC and into your home of Chicago. Some of the cast member names have already been released, and it’s all beginning to feel too real.

Below lies your fix of 5 Hamilton-related tips and activities to up your theatre creds for when you make it to the big screen curtain. Alright. You’ve finally grasped the concept that “Hamilton” is, in fact, coming to a theatre near you -- theatre as in the real deal. You want to be prepared for what you’re seeing. Don’t just waltz on into that performance thinking it’ll be any old theatre production.

We repeat, this is not your niece’s lackluster performance of “Bye Bye Birdie.”

Dip your toes in the water and learn something about the foundations of music and music theory. Understand rhythms and jazz so you can truly appreciate the genius you see on stage when you still down and dive into “Hamilton.”

Oh, and use that music theory to help choreograph some tap moves. When in Rome, right? 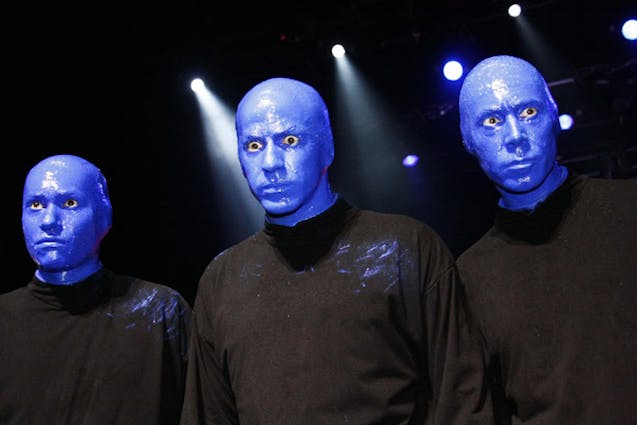 2. Experience the Feeling of Fanatics

When you find yourself at a show like “Hamilton,” you better bet you’re about to experience a crowd of theatre fans who spend much of their days learning the nuances of Lin-Manuel’s riffs and Leslie Odom’s dance moves.

It can be beautiful, beautiful madness.

Prepare yourself and test out the musical waters of another show with a widespread fanbase: The Blue Man Group. This show has had actors slathering themselves in blue paint for years, all to please an audience that keeps coming back. See what a show with a lot of hype can be like and snag yourself a seat.

Things to do in Chicago The show is called “Hamilton.” In the spirit of history and the lives of marvelous people past, brush up on your historical knowledge. You are in the city of Chicago, after all.

This place is bursting with cool stories of crime fighting, celebrities, and hauntings.

So before you go off and learn about the Founding Fathers and the genius work of Alexander Hamilton, pay homage to your stomping grounds by learning the quirky history behind its streets. â€‹â€‹â€‹â€‹â€‹â€‹â€‹ 4. Raise a Glass to Freedom

So maybe a history tour isn’t really your idea of a fun way to prep for the musical theatre experience of a lifetime? Yeah, it’s a bit of a stretch.

But what about adding some alcohol to that stretch?

Learn the entertainment history of Chicago on a pub crawl through the city. Sip on hearty drinks while you learn about jazz, the prohibition era, and the theatre. You’ll understand all the facts that led up to the Chicago musical scene being as successful as it is today. Then, will excitement and alcohol coursing through your veins, go home and book that “Hamilton” ticket. This isn’t a show for just anybody. The audience is for the die hard fans, and those that aren’t quite living paycheck to paycheck (read: the tickets are silly expensive). So take a minute of self reflection.

Will buying this $500 dollar ticket leave you without food for more than 20 days? (The record for surviving without food is set at 21 days, so take from that what you will). Will the cost of this show leave you unable to pay your rent?

Perhaps, my friend, you must put your “Hamilton” dreams on hold. Consider it something to work for.

And while you save pennies and sell things on eBay, satisfy your theatre craving with a musical comedy where you can also DRANK. You’ll get your musical fix on with the help of some hard liquor to cut the bite of this show not being about our very own Mr. Hamilton. We know, it’s okay.