Why Tea is All the Rage in Chicago 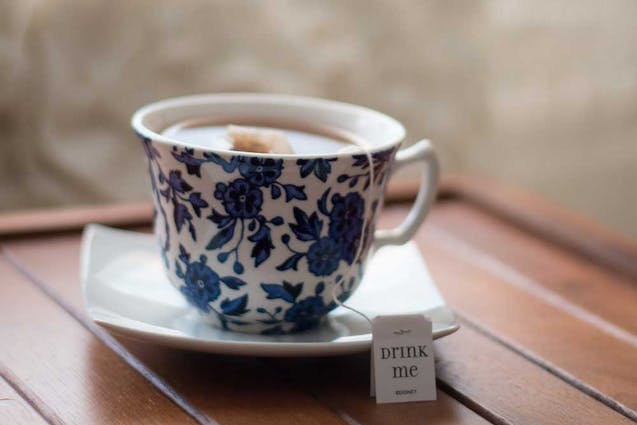 Coffee may reign supreme as Americaâ€™s favorite caffeinated drink, but change is brewingâ€”literally. Almost 160 million Americans drink tea everyday according to the Tea Association of the USA; in 2014, this added up to over 3.6 billion gallons of tea. For classy and health-conscious tea drinkers in the Windy City, making the switch from coffee to tea is a no-brainer. Plus, there are an amazing number of tea tours in Chicago that are sure to please residents looking for a soothing and delicious experience. Hereâ€™s what you need to know (and what youâ€™d like to know) about teaâ€™s soaring rise in popularity in the US of A.

The history of tea in the States.

The United States has an interesting and complex history with tea. Originally discovered nearly 5,000 years old in 2737 BC in Ancient China, tea quickly became an extremely popular drink around the world for its flavorful and medicinal properties. As the British established significant control over the tea industry in the 17th and 18th centuries, they began to subject this hot commodity to steep taxes. Taxation on tea became such a big deal that the Sons of Liberty dumped boxes full of tea into the Boston harbor in protest of the Tea Act. Likely because of conflict during the American Revolution, drinking tea fell out of fashion in the colonies and was declared un-American. Over the last few hundred years, however, tensions have softened. The United States has since laid claim to inventing the tea bag, iced tea and ready-to-drink tea bottles.

Tea is categorized into five typesâ€”black, white, green, oolong and puerhâ€”all of which are known to have wonderful health benefits. A Taiwanese study in 2004 found that subjects who drank about four to 20 ounces of tea per day had a 46% lower risk of developing hypertension than non-regular tea drinkers. For a nation whose number one killer is heart disease, this is positive news. Many studies have noted the cancer-fighting properties of antioxidant polyphenols, which prevent and repair damage done by heart disease, macular degeneration, diabetes and cancer. Green and black teas have 10 times the amount of antioxidants found in fruits and veggies, making them a power-packed drink for any health-conscious consumer. There is some disagreement in the tea community over how much tea provides health benefits. Some recommend two eight-ounce cups day; others say five or more cups is required to make a real difference. Either way, both sides can agree on one thing: drinking tea is both a heart-healthy and delicious decision

As much as America loves coffee, our daily cup of Joe is not without its downsides. Think jitters, fast heartbeat and an upset stomach. Unless you have a superhuman tolerance for coffee intake, then you are going to experience at least some of the symptoms. Tea has much less caffeine than coffee, freeing you from the adverse effects of coffee while still providing you with a boost of energy in the morning. Black teaâ€”Americansâ€™ tea of choiceâ€”has about half the caffeine of coffee. Green, oolong or white teas have less. So, if you need a little pick-me-up in the middle of the day, consider spurning that second cup of coffee and reach for some soothing tea instead.

As far as temperature goes, tea is a drink best served cold. At least, so say Americans. According to this report by Euromonitor, more than 85% of tea consumed in the U.S. is chilled. As long as weâ€™re talking favorites, American tea preferences are pretty basic. Half of all tea consumption in the country is black tea, while fruit and herbal tea accounts for over a quarter of consumption. If youâ€™re feeling more adventurous, try any artisan tea tasting class in your area and be sure to ask for their iced tea specialties as well!