These Chicago Architecture Tours Cover the 5 Tallest Buildings -- Can You Name Them All? 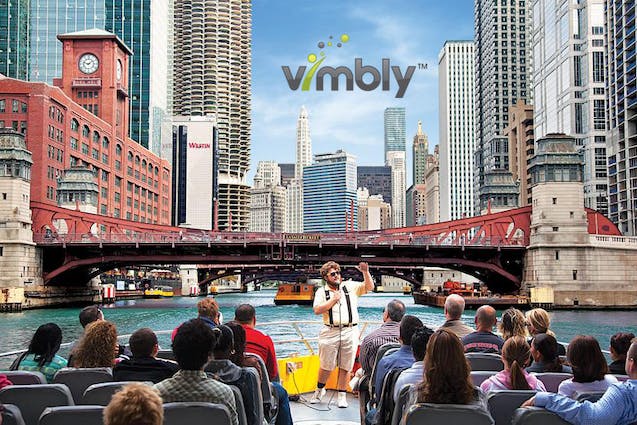 Chicago’s architecture tours are perhaps some of the most sought-after activities for many visitors, but they’re also incredibly popular with the locals. Can you blame them? With a skyline like Chicago has, the people of the city can’t help but be curious to learn more.

Read on to get a few fun facts on the 5 tallest buildings. Each one is paired up with a cruise or tour that promises to educate you further on those shapes in the sky of the city you love. #1 The Tower Formerly Known as Sears

Ah, The (slight cringe) Willis Tower. Originally known as The Sears Tower, this 110 story tower has quite a history, for how young it is. Built in 1973, it was sold to The Willis Group in the 90’s to be renamed The Willis Tower. Many Chicagoans protested the name change, and even tried to change it back, but to no avail.

Fun fact: Composed of 9 different structures of diverse heights built into one shared base, the building was inspired by, believe it or not, a pack of cigarettes.

Speaking of smokin’, we suggest you take this smokin’ hot speedboat arch tour to learn more, in style. Not only will they give you some great tidbits, but you’ll also get to pass right through the arches of its many bridges, gaining a fantastic river’s-eye view while relaxing on the comfort of a speedboat.

Things to do in Chicago You’ll find that there are a few setbacks to the Trump Tower that go beyond the namesake. But when we say setback, we’re referring to the architectural term -- lateral segments of the building.

Fun fact: In a wonderful attempt to blend in with its surroundings (quite unlike its owner) the building features a series of the “setbacks” that align with the Wrigley Building, The River Plaza and Marina City Towers, and the IBM Plaza, Not only do they blend, but the setback, along with the rounded edges of the building combat “vortex formation” which occurs in the windy city.

Take this tour to hear more about Trump Tower and others. This ethereal structure was originally called the Standard Oil Building, nicknamed “Stan.” But that was several owners ago. If it looks eerily similar to the original World Trade Towers, that’s because it was constructed in a very similar manner to endure earthquakes and high winds.

Fun fact: The Aon Center was once covered in marble slab. But this didn’t turn out to be such a great idea, as determined when one slab came crashing into a fellow building. The marble has since been replaced with white granite.

Take the following tour to get an incredible view from the waves of Lake Michigan. 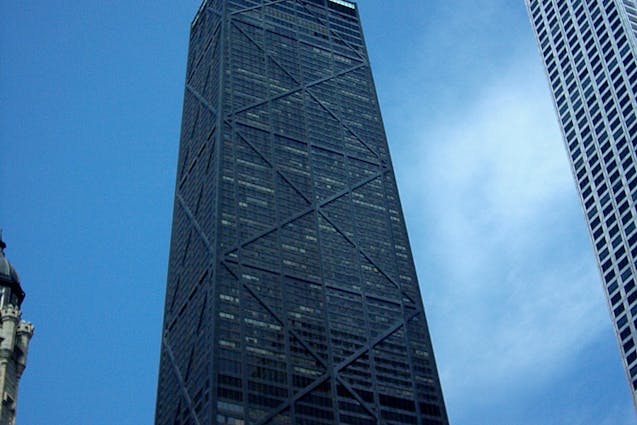 Built in 1976, the interesting dark color of The Hancock Tower was more than just a design choice. The architect firm saved the owners millions on building costs by developing ways to build from cheaper materials (using high-density black aluminum instead of stainless steel) while still somehow eliminating the need for inner support beams, which would greatly increase the amount of floor space. Sorry, renters. This does not reflect in the cost of rent!

Fun fact: The Hancock Tower is uniquely shaped like a wedge to appear even taller than it already is.

Take this tour to get an up-close and personal look at the inside of the tower!

If you haven’t heard of this tower, or seen it, and you’re beginning to wonder if this is even a Chicago list, because you know for a fact this guy is NOT in your skyline, we say to you: You’re absolutely right. It’s not in the skyline… YET. Designed by the beloved “Jahn,” an architect quite familiar to Chicago by now, this building is sure to be the bow to his many gifts to the city.

Fun fact: The project would be Jahn's tallest building ever designed over the course of 40 years and around 100 mass-scale projects.

Click below to read more about Chicago’s next big skyscraper.