How much better would “Shakespeare in Love” be if Gwyneth Paltrow had thrown a tornado kick or two into ole’ Billy’s jaw? Or how about a Muy Thai match in the second act of Titanic?

Alas, we must settle for the few gems a year Hollywood cranks out that feature heart-pounding martial art fight sequences. But how authentic are these martial arts, showcased by our favorite actors? We’ve all seen the behind-the-scenes footage where the sweaty actor claims to have spent hours on end training with an expert, but does all that training actually translate to film? The answer is surprisingly nuanced.

Most films that feature a lot of choreographed fight sequences frequently use a combination of many different martial art styles. Unsurprisingly, this is due to the fact that no one martial art looks that great on film. It takes a variety of styles to make the spectacular fight scenes that movie-goers love. Here’s an inside look at some of Hollywood’s most iconic uses of martial arts. 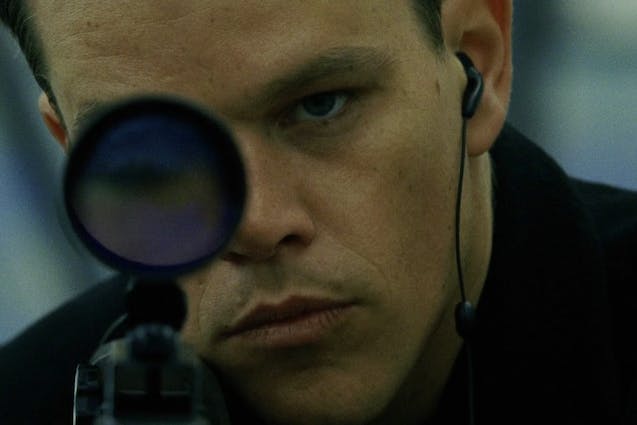 The Bourne Identity - Jeet Kune Do

Jason Bourne, the human weapon trained by the C.I.A. is one brutal fighter. If he hasn’t stomped a henchman’s shin bone in half, it’s because he already knocked him out by ramming a picture frame into his neck. But what makes his fight scene so entrancing is the way bad guys never seem to get a clean shot at him. The defensive maneuvering in all of his films are incredibly intricate and technical. It’s in those brief moments where you can see where his fighting style came from.

Think it’s krav maga? You’d be wrong. While many viewers believe Bourne is using the martial art of the Israeli army, Matt Damon, who portrayed Bourne in the original film trilogy, actually trained extensively in Filipino Kali and Jeet Kune Do under the guidance of martial arts trainer Jeff Imada. His Kali training is evident in the way he uses objects around him (like picture frames) as deadly weapons against attacking assassins. But it’s the Jeet Kune Do techniques that really shine during the hand-to-hand combat. Unlike most traditional martial arts, Jeet Kune Do isn’t fixed or patterned, it has a more organic, and brutal flow, that you see in all of the Bourne films. What also makes this martial art style so cool is the fact that it was developed by the legend Bruce Lee himself.

The Matrix brought martial arts and even the entire action film genre back to America in a big way. Almost every action film that came after was influenced by its sleek, stylish look, yet very few have managed to capture the level of spectacle and awesomeness of its incredibly well-choreographed fight sequences. That’s because the stars of the film spent months training with Yuen Woo-ping, one the highest-regarded fight choreographers working in showbiz.

Yuen Woo-ping had the daunting task of extracting convincing kung fu fights out of his Hollywood actors. Fortunately, he had a number of martial art techniques to choose from as Kung Fu covers a whole range of styles from China. One characteristic that stands out in the film is how it often mimics other animalistic movements; for instance, Trinity’s trademark crane kick. While it looks authentic and cool on film, in real life, kung fu fighters don’t get a harness and a wire team helping them soar through the air. This is another famous film series that used a hodge-podge of different martial arts styles. Seeing as how each fight sequence is surprisingly long, it’s no surprise that it took more than just one fighting style to craft them. Uma Thurman learned three different styles of kung fu and two different sword fighting styles to prepare for her role of the bride (all just a mere three months after she gave birth -- that’s some serious badassery).

However, Uma’s stunt double, Zoe Bell, brought a lot to the table to begin with. She was given the film project because of her extensive background in Tae Kwon Do and mastery sword fighting skills. In fact, the scene in which The Bride chops a speeding baseball in half with a sword was actually performed in real life by Ms. Bell. No prop baseball, no camera tricks, she actually chopped that sucker in half. How’s that for cat-like reflexes? 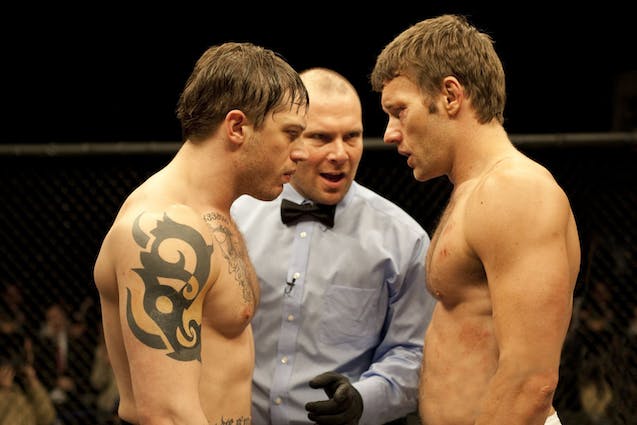 Warrior, a fairly underappreciated film, actually takes a realistic look into the world of Mixed Martial Arts (MMA). This film has perhaps the most realistic depiction of fighting techniques that are used by actual MMA fighters. No harnesses and invisible wires were used in this film’s fight sequences, just brutal hand-to-hand combat that would make you believe you were watching an actual UFC match.

Tom Hardy and Joel Edgerton trained like UFC fighters by working out ten hours a day, learning many of the styles used in MMA cage fights, primarily kickboxing, Jiu Jitsu and Muy Thai. And if you think the fight scenes in the film looked particularly realistic, that’s no accident. During the filming of Warrior, Tom Hardy sustained broken bones to his ribs, fingers, and foot. His co-star, Joel Edgerton tore his MCL. That’s some serious devotion to a role. Who would have thought a graying fifty-something year old could be such a badass? Liam Neeson in Taken takes the protective father stereotype to a whole new level when his daughter is kidnapped by sex traffickers, unleashing some serious paternal whoop-ass. The seedy antagonists are no match to Neeson’s character’s lighting fast reflexes and moves.

The fighting style that Brian Mills, his character, uses is called Nagasu Do. It isn’t the most popular of martial arts, but it is incredibly effective as it borrows a bit from other reputable styles, like Judo, Aikido, and Ju Jitsu. This is especially apparent in the film’s finale when Brian Mills disarms a knife from a smuggler on a private yacht. And to make sure that Liam Neeson had the aura and movement of a real CIA operative, he prepared for his role by training with a real former, S.A.S. soldier, Mick Gould, who showed the aging actor how to easily take opponents down.

You might be asking yourself, why is this mediocre, forgettable sequel on the list? There isn’t even a martial arts fight sequence in it. True, there isn’t. However that doesn’t mean there wasn’t an awesome display of MMA that stood above the rest of the film.

Vincent Cassel, the French actor who has recently become more famous to American audiences for his role in Black Swan, did an amazing Capoeira dance in a scene in which he needs to bypass security lasers. While capoeira is mostly known as a dance style, it actually has its roots in the martial arts. The Brazil style of dancing and fighting relies heavily on power, quick moves, and flashy acrobatics making it a perfect choice for the silver screen. While Ocean’s 12 might be another lackluster sequel, the capoeira sequence shines as one of the most spectacular events in the film.

One of the most critically acclaimed films of its year, Million Dollar Baby displayed some nail-biting boxing matches, as much as the more dramatic scenes. While the fighting style that was used in the movie is obvious to every American (boxing), the preparation that Hilary Swank went through is astounding. It wasn’t easy for her to learn how to throw all of those quick jabs and left hooks, but with help of boxing and kickboxing champion Lucia Rijker, she looked like she could have made anyone twice her size a pile of bruises and blood in seconds. If you're still not convinced, try this on for size. Hilary Swank gained 20 lbs of muscle while training. 20LBS!

So, there you have it. Some of the coolest martial arts featured in Hollywood films. Many martial art fans like to write many of these Hollywood fight styles off as totally made up (some like to call it bullshido) but that’s a little bit unfair. The truth is, to get the glossy shine of a Hollywood film, it’s imperative to borrow from a bunch of different styles to get the right look.

Now what should you take away from all of this? How about the fact that all of these amazing looking fighting styles are totally capable of being learned with enough time and practice.  I mean, if a pampered, spoiled Hollywood actor can get through the grueling workouts, what makes you think you can’t? Click the link below and we can help you get started on becoming a martial arts badass yourself.

Stop Taking Your Date to In-N-Out

From Your Partner to the Skies: Take a Journey with These 5 Date Ideas