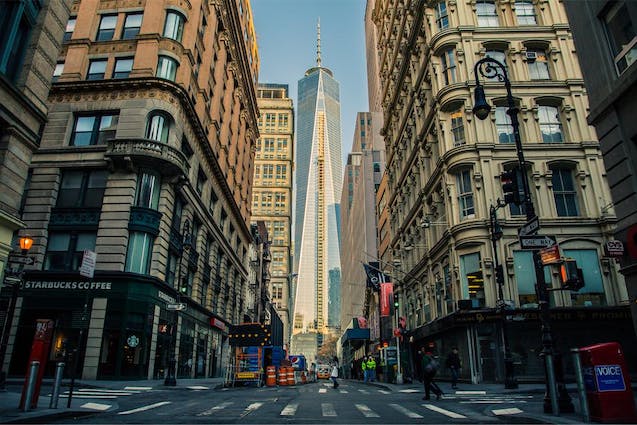 Would you rather: explore one of the cityâ€™s hidden gems or visit the tourist traps? Would you rather: dine in a restaurant native to New York or take a trip to Starbucks? Would you rather: feel like a traveler or a native New Yorker? Both are fine, but experiencing the city like a local can make a trip especially memorable. Weâ€™ve rounded up some tours and activities below that will have you feeling like a bona fide New Yorker in no time.

Central Park is too crowded; Washington Square Park is too concrete; Brooklyn parks are too far away for most tourists. True New Yorkers visit all three, but they also visit an urban jungleâ€“turned green space known as the Highline. Floating above the traffic of the city, this railroad-turned-modern-park provides the perfect escape from the concrete skyscrapers of the Big Apple.

Looking for some true New York food? Step away from the tourist traps and head over to Brooklyn, the home of mom-and-pop shops and classic cuisine that is guaranteed to hit that sweet spot. Sampling food in authentic Italian, Middle Eastern and other ethnic neighborhoods, youâ€™ll get to experience the unique flair each cuisine represents. Not only will you get to explore one of New Yorkâ€™s coolest neighborhoodsâ€”youâ€™ll get to eat delicious food too!

Explore the history of New York.

Did you know New York was settled by the Dutch before it was eventually taken over by the British? Youâ€™ll learn all of this and more when you tackle this historic tour of New Yorkâ€”or, New Amsterdam, as the city was called in the 17th century. As you walk along Battery Park and Wall Street, your tour guide will weave a rich, fascinating narrative that will make you consider how much the city has changed from the original Dutch colony to what you see today. By the time youâ€™re done, we bet youâ€™ll know even more than the typical Big Apple resident.

The concrete jungles of urban sprawl provide canvases for many graffiti artists, and New York is no exception to the rule. The art of graffiti, which dates back to the 1960s thanks to the invention of the aerosol can, is an often-overlooked art form. By walking around the Lower East Side and Bowery areas of Manhattan, youâ€™ll learn to appreciate tags, throw ups and pieces by street artists like Space Invader, Roa and Shepard Fairey (OBEY). If you really want to see New York, donâ€™t miss taking in the art thatâ€™s right under your nose.

Who can actually afford high fashion in New York? Well, plenty of people apparently, but for the rest of us fashion hopefuls, weâ€™ll just have to settle for window shopping. Walking along 5th Avenue, youâ€™ll visit the cityâ€™s most famous fashion hubs and learn all about New Yorkâ€™s fashion history. This tour will even share some of the inspiration and design behind your favorite window sets. Even if you canâ€™t afford to purchase a haute couture souvenir, youâ€™ll leave with some wonderful memories of the day.

Opened in 1883 as the longest suspension bridge in the world at the time, the Brooklyn Bridge is among the most iconic bridges in the world. A favorite spot for locals, itâ€™s a travesty to leave the city without having at least walked its length. With lanes available for walking/running and biking (and bikes available to rent nearby from Citibike), itâ€™s a great way to take in spectacular views of Manhattan and Brooklyn alike.

Sample Jewish culture and food on the Lower East Side.

Feel like keeping it kosher? With a local expert serving as your guide to Jewish culture, youâ€™ll get an inside look at the cityâ€™s oldest synagogues and Jewish cultural sites. Sample some kosher food at the LESâ€™ best restaurants, including Houston Street eateries Yonah Schimmel's, Russ & Daughters and Katzâ€™s. This afternoon spent appreciating the rich culture of one of New Yorkâ€™s most established communities should be on the list of any wannabe New Yorker.

Sit in on open-mic night at the Village Underground.

Every local has visited this venue at one point or another; if they havenâ€™t then itâ€™s on their to-do list. Village Underground has been a staple in Greenwich Village since the 1960s, when the likes of Allen Ginsberg and Bob Dylan hung out there. Today, itâ€™s known as the place where up-and-comers get their start, with performers like Mariah Carey, Jamie Foxx and Prince performing there during their early careers. If you want to see some good live music that will leave goosebumps on your arms, the Village Underground is the place to go.

When you walk past The Federal Reserve Bank do you realize youâ€™re walking over almost a quarter of the worldâ€™s gold supply? Didnâ€™t think so. Taking you 80 feet below street level into Manhattanâ€™s bedrock core, this tour takes you into vaults owned by various governments and international agencies that are filled with stacks and stacks of gold. Self-guided tours donâ€™t get to see the piles of gold (obviously), so book smart for an enriching experience!

See all of Manhattan in only one day.

Have you read through these options and thought to yourself, â€œAinâ€™t nobody got time for that?â€ Itâ€™s quite a feat to see all of Manhattan in only one day. In fact, it almost seems impossible, but with this tour of Manhattan and its various ethnic neighborhoods, this could be your reality. Highlights and tour stops include: Columbus Circle, Lincoln Center, the Cathedral of Saint John The Divine, Central Park, Fifth Avenue, Rockefeller Center, Times Square, Chrysler Building, downtown's Villages, SoHo, Chinatown, Little Italy, Wall Street area and Battery Park. Reading that doesnâ€™t exhaust you? The trip just mightâ€”but itâ€™s worth it if you only have a limited amount of time to spend in the city.