A Taste of NYC: Satisfy Your Curiosity and Hunger 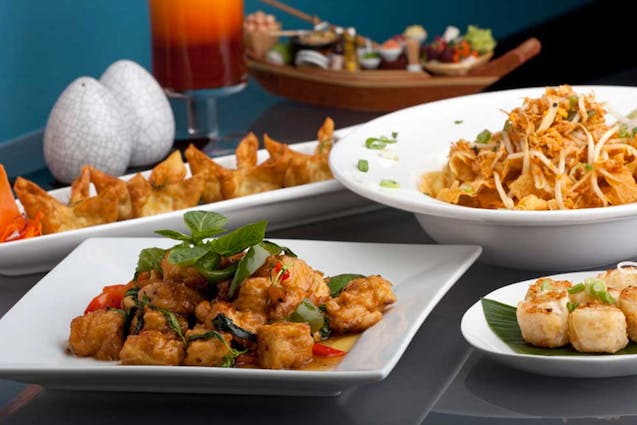 Every year since 2010, over 50 million people flock to New York City for a chance to take a bite of the Big Apple. And rightfully so. No other place in the world packs the same amount of history and culture into such a small area. Some are drawn to the skyscrapers, many to the bright lights of Times Square, and others to Central Park, a beautiful feat of urban planning and natural conservation. But there is something perhaps more unanimously appreciated than anything else in NYC: the food. The cityâ€™s wide swath of international cuisine reflects a vibrant past of immigration and diversity. There is no better -- or more delicious -- way to learn about NYC history and the cultures that influenced it than through a food tour. Weâ€™ve put together a list of favorite grub and gourmet treks that will satisfy your craving for knowledge and the hunger in your belly.

P is for pizza.

Pizza and beer have become synonymous with late nights and college students, but we think the combination has been given a bad rap. On this walking tour youâ€™ll discover some of the cityâ€™s best (pizza) pies, plus everything else Greenwich Village has to offer from the locals who have been creating delicious dishes there for decades. Wash those slices down afterward with drinks from historic bars in the area, including a speakeasy that operated during prohibition. Youâ€™ll also learn about local history and what attracted famous artists, like Bob Dylan and F. Scott Fitzgerald, to the neighborhood. Plus, it would just be sacrilegious to visit NYC without getting at least once slice of pizza.

Chow down in Chinatown.

The maze of narrow and chaotic streets that make up Chinatown and Little Italy are often intimidating and disorienting to both visitors and locals alike. Avoid getting turned all around and upside down in these neighborhoods by joining an expert-guided walking tour. Youâ€™ll learn more about these twisty, topsy-turvy locales through fascinating cultural stories and culinary delights, all while enjoying decadent eats from cannolis to dumplings. After visiting everything from family-owned shops to historic landmarks, this tour will certainly be a foodie experience to remember.

Just like Chinatown in San Francisco holds an important place in the imaginations of Chinese Americans, and Astoria in the hearts of Greek Americans, the Lower East Side is an area thatâ€™s got strong ties to the Jewish immigrant population. During this food tour youâ€™ll walk your guide to visit synagogues, newspaper headquarters, and, of course, restaurants. Stopping and eating at famous eateries like Russ & Daughters, Katzâ€™s Deli, and Yonah Schimmelâ€™s will give you a tasty window into the areaâ€™s history. Trust us, you donâ€™t want to Passover this opportunity.

West is the best.

The West Village has been known as â€œLittle Bohemiaâ€ since as far back as 1916 and has historically remained a haven for creatives and counter-culturalists alike. But besides its boho fame, the West Village is also home to a ton of mom-and-pop shops, ethnic eateries, and hidden restaurant gems -- the trick is simply knowing where to find them. On this food tour, youâ€™ll be led to all the best local eateries while your guide paints a vibrant picture of artistic evolution, from the avant-garde era to the Beat generation. And donâ€™t worry, you certainly wonâ€™t join the ranks of starving artists on this one.

During the 1920s and 30s, Harlem saw an unprecedented outpouring of music, poetry, and art that would come to define the neighborhood and its community. The â€œHarlem Renaissanceâ€ is an important part of NYCâ€™s history, which is why skipping out on a trip to this storied neighborhood would be a downright shame. On this food tour, youâ€™ll be introduced to the areaâ€™s culture through several savory plates. Jazz things up with this opportunity to try some authentic soul food, Spanish caribbean and fresh baked goods.

What better way to get to know a new place than by doing a little exploring? This East Village scavenger hunt is more interactive than your standard tour, and itâ€™s a fun way to get acquainted with the location that birthed Punk Rock and Nuyorican. The challenges you need to solve will take you to different spots with mouthwatering rewards -- macarons, milk-bars, and ice-cream shops. Even if you're the competitive type, it sounds like everybody comes out of this one a winner.

Don't get the meat sweats.

Did you know that the Chelsea Market was built in the former Nabisco factory where Oreo cookies were invented and produced? We bet not. Although both the Chelsea Market and Meatpacking District are famous for great food, they each have a ton of fascinating history behind them. This tour gives you the opportunity to explore a rich past while sampling bites from a number of different vendors. Youâ€™ll also get to catch a glimpse of the Food Network offices, peek into an Iron Chef restaurant, and take in the great views from the High Line.