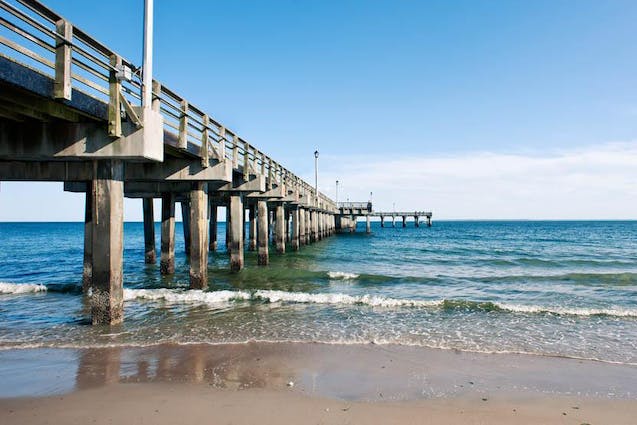 An hour away from the constant hustle and grind of Manhattan, Coney Island graces many New Yorkers with memories and entertainment.

If you’re still thirsty for more about Coney Island after reading this, check out the different activities and tours to experience this magical place in person! 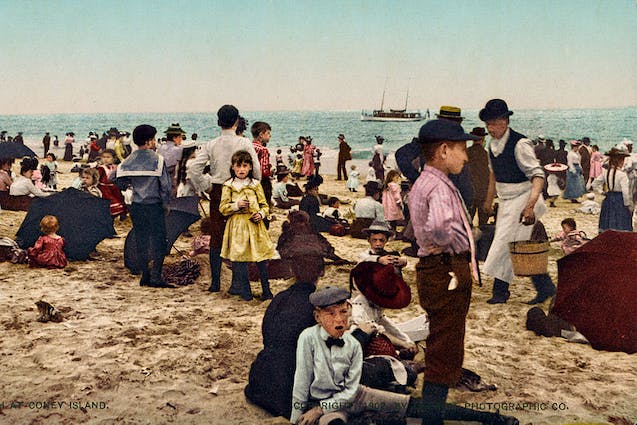 Contrary to the what Coney Island is known for, the origin of its name comes from the Dutch word, conyn, meaning rabbit. When the Dutch arrived onto the island, there was a large population of wild rabbits, so they named it Conyne Eylandt.

When the English took over in 1664, they changed Conyne to Coney, hence Coney Island.

But this is just the most popular theory. No one actually knows the real beginnings of the name Coney Island. 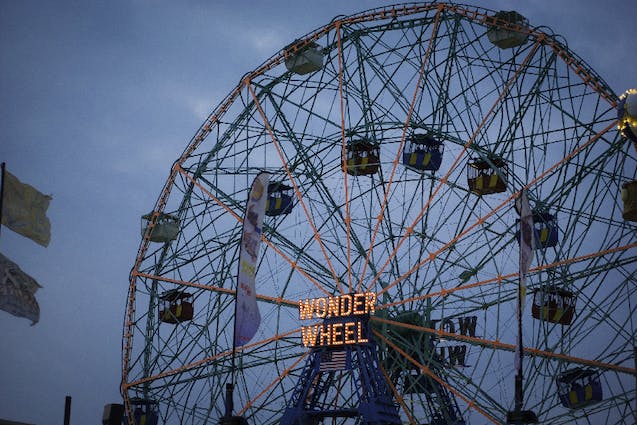 Get ready for a romantic story. Set the mood with Wonderwall by Oasis playing in the background.

Back in 1948, Denos Vourderis, a Greek immigrant, promised to gift his bride-to-be, Lula, the Wonder Wheel if she promised to marry him. As Drake, himself said, “started from the bottom now we here,” Vourderis started as a hot dog vendor, managed bars and then children’s rides at Ward’s Park for the next few decades.

35 years later, Vourderis bought the Wheel for $250,000, fulfilling the promise he made and granting his wife’s wishes.

Continuing this romantic tradition, the Wonder Wheel is where many couples get engaged today.

If this doesn’t make you say “awwww,” maybe the next one will intrigue you more.

What’s the first thing you think of when you hear Coney Island? Roller coaster, beaches and boardwalks.

Before the beloved Cyclone was built, a man named LaMarcus Thompson opened a 600ft-long switchback railway in June of 1884.

In 1919, the summer heat was melting deliciously sweet ice creams, giving vendors a headache. That was until two brothers, Archie and Elton Kohr mixed egg yolks into the ice cream batter, creating a new creamy texture and slowing down the process of melting. This was the start of frozen custard. This did solve the problem of melting ice-cream but did it relieve the headache of vendors?

Work hard, play hard. Am I right or am I right?

4. The Beaches Were Such Beetches

Bring Mean Girls all the way from the suburbs of Illinois the beaches of Coney Island.

Back when Coney Island was still in its pre-pubescent days, people had to pay 10 cents to a quarter to enter the beach and use the bathhouses that had beach necessities - food, drinks and games.

In 1923, the city bought the exclusive bathhouses and built a public boardwalk, opening the beaches to the public. 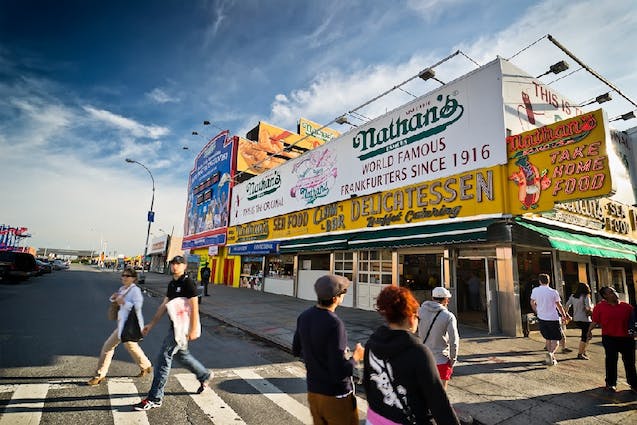 It’s just one of those things you must eat when you’re at Coney Island.

As legend has it, Nathan used to sell his hot dogs for 5 cents to compete with Charles Feltman (his former employer) who used to charge customers 10 cents per hot dog.

Staying true to keeping things traditional, the recipe to making the hot dogs is exactly the same from 100 years ago and it still has a store on the corner of Surf and Stillwell Avenue.