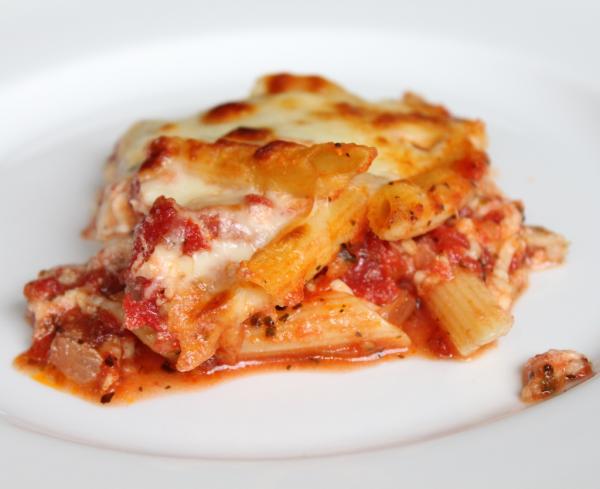 This quest for the â€œBest Pasta Making Class in NYCâ€ began in the Vimbly headquarters. We searched cooking schools throughout the city. We kneaded to find it. Traveling the city streets, stomachs growing and arms ready to crank, we embarked to Rustico Cooking. And they had...bown, bown...just what we needed!


We entered the building and hiked up the three stories to reach the cooking studio. Stomachs growled louder. Time. To. Eat. Upon reaching Rusticoâ€™s studio, we were instantly greeted by Micol, the owner and our teacher for the evening, given name tags and directed to a few pre-class appetizers of cheeses and meats.


Going into the course, this was the once sauce I felt comfortable Iâ€™d made before. When I say â€œmade before,â€ I mean that I once bought a jar of â€œbasil-scentedâ€ Prego. Delicious, but nowhere near as flavor-filled as this sauce created by Micol. Seemingly out of thin air, she quickly and efficiently transformed fresh Campari tomatoes into a light pasta sauce. In about thirty minutes, she created a pasta sauce better than most Iâ€™d ever tried. I almost felt embarrassed for enjoying the Prego.


Embarrassing story, I thought â€œRaguâ€ was a brand of pasta sauce, not a type. When it comes to making meat sauces, I generally stuck to this fool-proof method. Cook meat. Dump sauce on meat. Add garlic powder. Devour. Momâ€™s Classic Two-Meat Ragu doesnâ€™t taste like jarred supermarket staple. Here, we learned how to make a meaty sauce, blending beef and pork sausage, which seemingly suits any pasta. Whenever approaching a meat-based sauce, thereâ€™s always a fear of making the sauce too meaty or too liquidy. This Rustico recipe is one to remember.


Up to this point, the cooking class was more of a demonstration than a hands-on experience. Each ingredient was pre-cut, pre-measured, and, to an extent, pre-made before we had a chance to see the the actual cooking. Now, this wasnâ€™t necessarily a bad things because, well, who needs to watch an instructor measure out two-thirds cup of flour and a cup of water? Still, I was slightly irked that, other than stirring, we had essentially played the role of â€œchildâ€ in the kitchen, only helping mom or dad stir the pot.


Once the sauces were complete, the main event began. Pasta making.! And, finally, we played a role in the pasta-making adventure. Here, we watched a Micol needed and shaped the pasta, but, thankfully, we rolled it, creating fresh, delicious looking tagliatelle. But this wasnâ€™t just tagliatelle for show or for the meaty ragu. From there, we laid out our rolls and then balls of cheese were delicately placed in the center. This became the staple for our three-cheese ravioli. After that, the ravioli was covered, cut, and ready for boil. I didnâ€™t realize the simplicity in producing fresh ravioli. It always seemed mysterious to me.


Only three words can describe the deliciousness of this homemade ravioli: Delicious. Cheesy. Goodness.


As the class ended, we enjoyed some fresh espresso and a scrumptious almond biscotti. This was my first time trying biscotti, and I had no idea it was essentially an absurdly crunchy cookie. I felt like it wouldâ€™ve been better served with some gelato, but the espresso seemed a fitting end to the class.


This class is a cooking demonstration. Itâ€™s hardly hands-on. But that doesnâ€™t mean it isnâ€™t amazing in its own way. We learned how to make a variety of Italian dishes, and Rusticoâ€™s website also contains each recipe...hint, hint! Chef Micol, although a little fast-paced, was willing to answer questions. She was also a stickler for cleanliness, which is all you can ask for in a kitchen with forty other people. Yeah, crowded class. Itâ€™d be nice if it were a bit smaller. But the pasta and biscotti apologized for any hint of regret. This class is damn tasty!